The Cannes Film Festival is one of the most prestigious events of the year for the film fraternity worldwide. This year marks the 75th edition of the Cannes Film Festival. The festival has always been a visual feast to its spectators. The French Festival Every year celebrities add all their charm to this festival by putting their best fashion foot forward.

Who Wore What? has always been the most googled phrase during the festival, and this year as well The Cannes Film Festival 2022 was decked with stunner looks from celebrities all across the world. Each look carried its own grace and glam at the glitziest festival of the year.

Talking of the Magnificent Looks and India at the Cannes Film Festival 2022, we must acknowledge the shine that our Indian celebrities added to the Festival with their flattering flair.

Aishwarya Rai Bachchan has been a constant name at the Cannes Film Festival for the past few years. Be it her becoming the first Indian Celebrity Jury at the festival or the buzz she created with the Purple lipstick, Aishwarya has always been the talk of the town at the festival.

A pink boxy Pant Suit, naturally flowing hair, and thick liner with a nude base and lips was Aishwarya’s first look at the Cannes Film Festival 2022.

For the screening of Top Gun: Maverick, the diva showed up all charming in the Dolce Gabbana Black gown embellished with florals and hair mid-parted and pulled back complimenting the outfit and her dramatic eyes.

The beauty showed up as pure as a pearl on the final day of the festival in a Gaurav Gupta gown, inspired by Venus, the goddess of love and beauty. The side-pulled wavy hair and pink dominance in the makeup complemented her outfit.

Deepika at the first day of the Cannes Film Festival 2022, was the epitome of Comfort meeting Fashion. She wore a mini dress with sequins stripes from Loui Vitton, and paired it with brown colored high heeled boots, keeping her look simple with nude makeup.

For her next look, Deepika slayed a bohemian vibe in the Sabyasachi outfit. A beige-colored shirt with a green floral pattern running on the shoulders, sage green pants, and a boho headband accompanied by, and heavy Kundan necklace and nude makeup with thick eyeliner was her look for the second day.

The Indian beauty took a step forward to flaunt Indian Fashion at the Global Festival, on the final day by wearing a Sabyasachi Sequins-Striped Saree with Dramatic eyes and heavy danglers.

The Indian Jury had her way at the red carpet in a Red Loui Vitton Attire with a graceful diamond necklace and red lips.

The black gown was yet another spectacular look, she wore at the festival. The fur neck and powering brocade work pulled back hair, smokey nude eyes were a combination of how Deepika can pull every look with the same magic.

Deepika bid adieu to the festival in a serene white ruffled saree with a pearl collar neck and strapless blouse. Her sleep bun and nude makeup look balanced out all the elements of her enticing look.

With her striking looks, Tamanaah turned heads at her debut at the Cannes Film Festival, this year.

Tamanaah Bhatia nailed her debut look in the Modern Day Cindrella Monochrome Gown by Gauri and Nainika. The natural hair and graphic eyes were a great combination for her shiny danglers and soft pink lips.

For the red carpet, Tamanaah dolled up in a black shimmery gown, with her hair tied in a bun, smokey eyes and nude lips.

Another fabulous pick was the multicolor gown, that had all the modern glam of a dress and all the classic grace of a saree. Her hair looked magical in the wavy strands, and complimented her subtle makeup look.

Another debutant at the festival was Aditi Rao Hydari and she did all the justice to her looks at the Cannes Film Festival 2022. Known for her poise and elegance, Aditi went all colorful for her Red Carpet appearance. She wore a pink and orange asymmetrical gown by Mark Bumgarner, tied her hair in a high pony and dazzled like a doll.

Another testimony of her elegance was the Sabyasachi ivory organza saree paired with heritage jewelry, a sleek bun and red lips.

Aditi Rao Hydari donned another Sabyasachi creation ; a black sheer dress with a red headband and added an edge with a bindi to the outfit. The natural makeup look and choker necklace were a great selection to go with the outfit.

VahVah! And The Cannes Connection

VahVah! Makeup Academy believes in providing the best makeup learning to its students and catching up with all the trends in makeup and styling. Inspired by the Cannes Film Festival 2022, VahVah! Recently hosted a Josh Club Session by our Makeup Trainer, Shivi.

During this session, Shivi taught the students makeup looks from the festival, that they can try out for their next party or gala night makeup. You must check out these looks created by VahVah! Students in the Josh Club Session.

If you liked these makeup looks and wish to learn more about these looks and the professional makeup and styling courses provided by VahVah!, Register now! 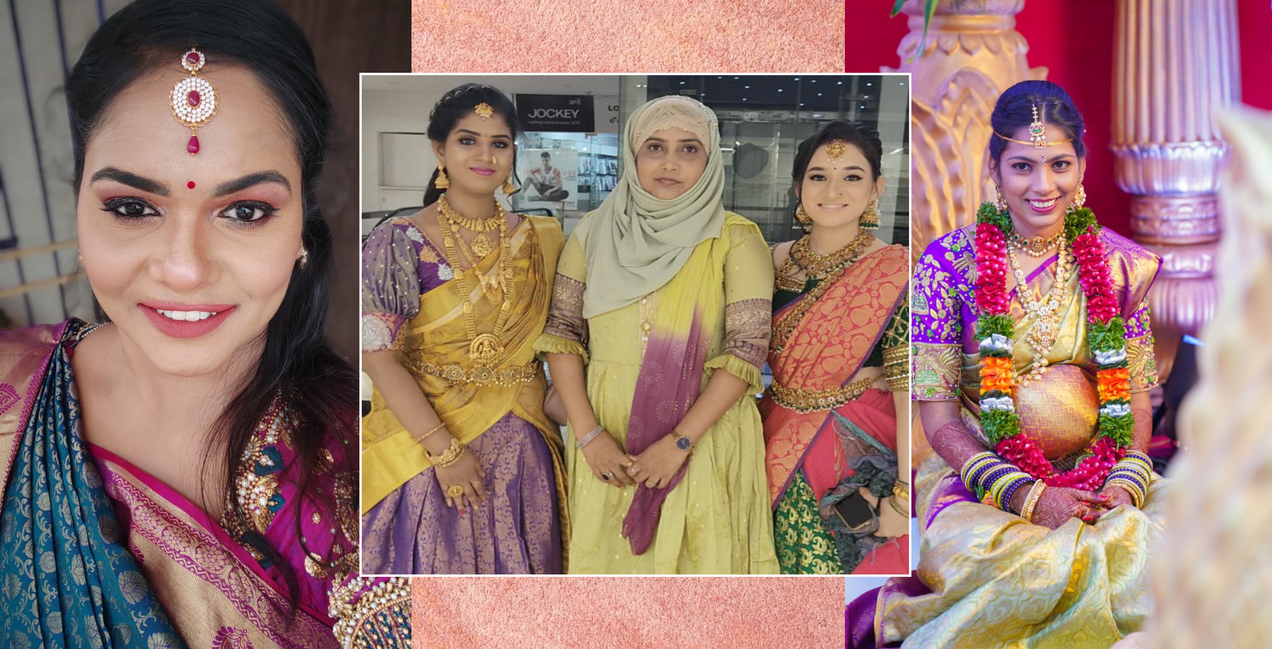 Develop a passion for learning. If you do, you will never cease to grow. 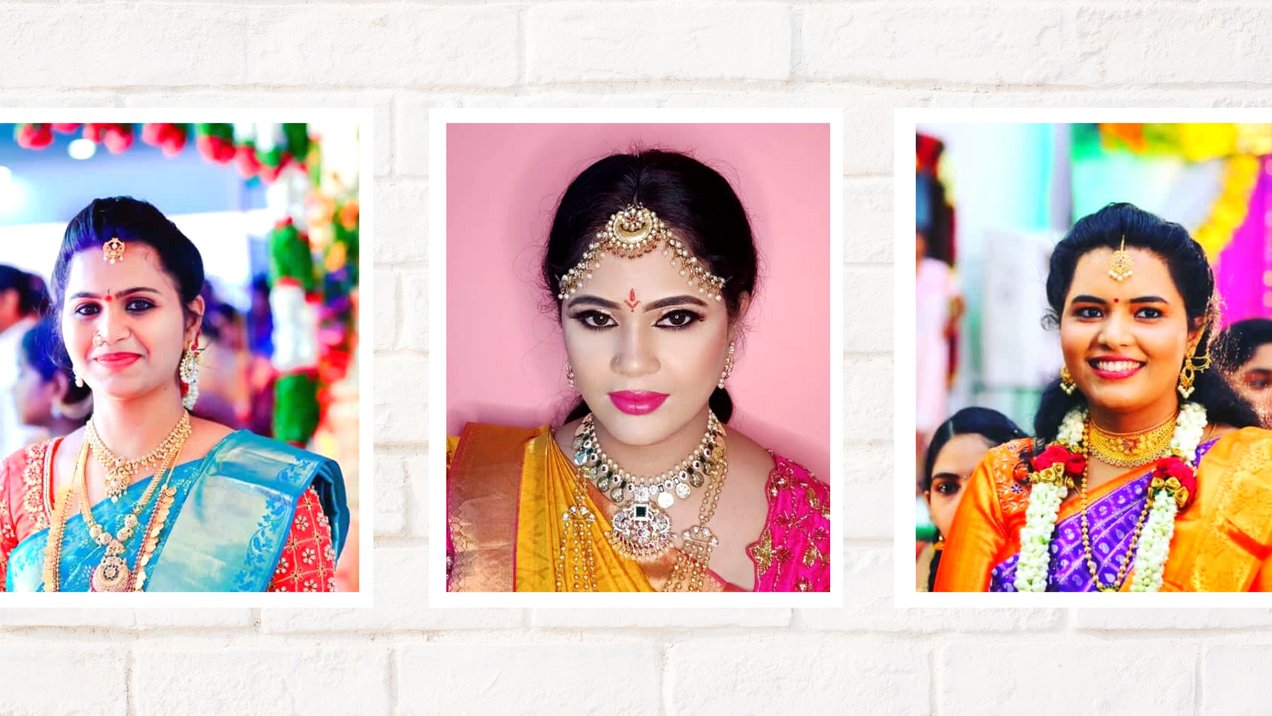